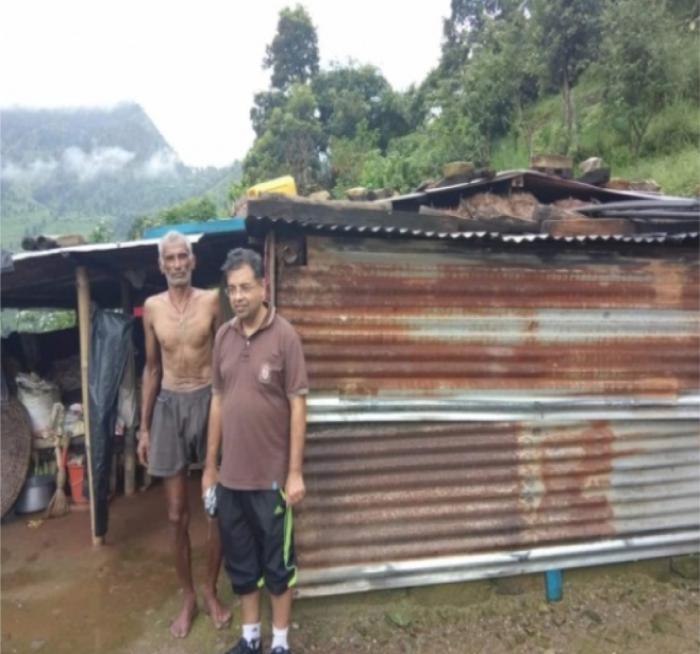 The objective of the SALT is creation & expansion of livelihoods options for the earthquake survivors of Katunje VDC, Dhading, through providing skills based training. SALT plans to train 160 local people, out of which over 50 % would be women within a short time frame of 4 months. There will be significant level of participation of dalit & indigenous people in SAL .eTFN will undertake SALT management in volunteer basis. Detailed Work plan and log frame will be taken as the reference point for situation & performance monitoring, controlling & evaluation. For progress review, regular field visits from the centre office will take place. Standard communication, reporting, & information archiving system will be followed. Contingency plan will be formulated & implemented, if needed. A mid-term and final evaluation plan can be devised along with the donor. Periodic progress reports will be provided to the donor as per the requirement.

Together For Nepal (TFN) team recently had field visit of the proposed program VDC, & SALT concept has been developed after intense interaction with the locals, community leaders, and local government representatives.

Katunje VDC (Village Development Committee), one of 46 VDCs from Dhading district, Nepal, is considered one of the worst hit VDCs by the 2015 quake. The population of VDC is 5,876. The VDC has 8 primary high schools, 4 secondary high schools, 1 health post and 1 sub health post.

The quake claimed 27 lives, and injured 250 in the VDC, along with 70- 90% of the houses being damaged/destroyed, & over 500 cattle being perished. The quake badly impacted already weak education, health, & economic foundation of the VDC. The district's various development indexes were already below the national average in the pre-earthquake stage.

One of worst affected systems is drinking water supply as the earthquake altered ground water level. As a result, the existing natural springs, the major water source, barely provide water to roughly half of the VDC population. The acute water shortage is immediately after the monsoon.  The water supply system development in the VDC has been identified as top priority need by the district development committee's District Development Plan Book 2016, but there has not been any initiative towards developing the same.

As of now, roughly two years after the quake, unfortunately, the overall post disaster recovery process still looks bleak.  Due to lack of comprehensive support, the VDC still remains choked with debris, as if the earthquake had happened just few months ago. The recovery process was hindered by red tape, road blockade, political instability etc. The delay in recovery is real despair for the households dreaming to rebuild their lives.

Towards rebuilding homes, the government started giving subsidy of Rs 200,000 (US$ 1900) to the ones whose houses are fully destroyed. However, as building earthquake resistant houses which cost minimum Rs. 600,000 (US$ 5600) is now mandatory, majority of people are not so enthusiastic about the subsidy program.  Similarly, the physical infrastructures related to education and health cares are either damaged or inferior in the VDC. Some schools sections are still running in temporary buildings and lack very basic things such as library, playground, boundary wall, clean water supply etc. According to the locals, due to lack of boundary wall, many students run away from school early.  The existing health post in the VDC also lacks basic facilities such as training hall, toilet, & enough refrigerators to keep the vaccines etc.

There are few I/NGOs active in VDC, however, as the need is so great, the GOs/NGOs support has been so inadequate. According to Mr Narayan Shakya, a renowned social worker the VDC, there are relatively less NGOs in the VDC and they are not as effective because of the work- modality based on subcontracting to smaller NGOs which creates trickle-down effect.

The VDC desperately needs immediate support for livelihood enhancement & diversification, & our help can be very timely even now since many are still struggling for their own survival.

During recent consultation sessions with the locals, as well as community & local government representatives, skills and livelihoods training appeared as one of the major current needs of the VDC. In further close interactions, comprehensive electronics repairing training, and beautician training were identified as the number one immediately helpful training. Both training would be run in two locations of the VDC.Accordingly, following events have been considered.

During recent consultation sessions with the locals, as well as community & local government representatives, skills and livelihoods training appeared as one of the major current needs of the VDC. In further close interactions, comprehensive electronics repairing training, and beautician training were identified as the number one immediately helpful training. Both training would be run in two locations of the VDC.
Accordingly, following events have been considered.

The local people are very enthusiastic & supportive about the proposed SALT concept. They are willing to pay small fee for the participation. Due to their desperate current situation, the trainees are not in position to contribute more than the small fee for now. The proposed activities will not duplicate activities of other I/NGOs.

The cost breakdown would be as following:

Together for Nepal would voluntarily support in coordination, supervision & reporting.