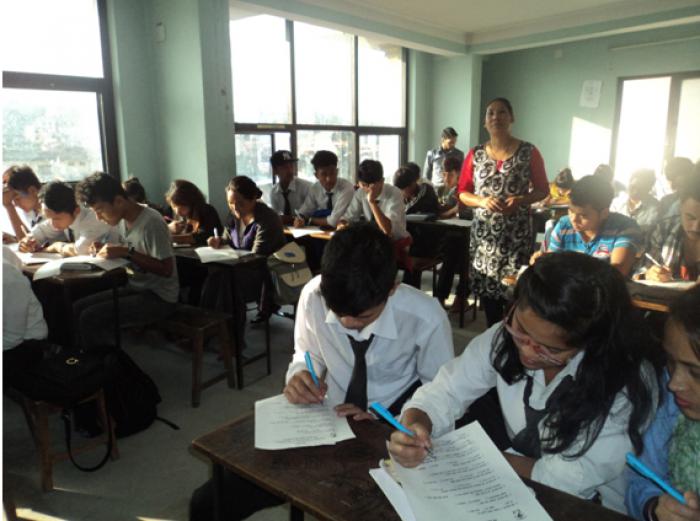 Prerana in support of funding agencies will be conducting sensitization program which will intervene towards prevention of HIV among youths and adolescents of Nepal. Prevention is primordial strategy to minimize and completely eradicate HIV transmission specifically among high risk age groups.

As a preventive approach, Prerana will primarily provide awareness to adolescents and youths who are in high risk of contracting HIV through risk behaviour such as unsafe sexual relationships, Injecting drug use through peer pressure, work as sex worker etc. Our core objective would be providing sensitization to youths through trainings and orientation at educational institution such as schools and higher secondary level colleges and to youth clubs. In addition to this to prevent or minimize prevalent stigma or discrimination toward positive people, we will be organising sensitization events focused toward grass-root levels such community people, influential mother’s group, female community health volunteers. Additionally our program will provide minimal financial support to PLHIVs for ART or regular screening to elevate the adherence of ART leading towards productive life as any other individual.

Estimated PLHIVs in Nepal according to National centre for AIDS and STD control (NCASC)-2015 is 39,281 where 30,074 adults of 15-49 years of age are estimated to have HIV infection which accounts for 76.56% among all age groups. Among all Most at Risk population namely Injecting drug users, Migrant and their spouses, female sex worker and their partners, Men having sex with men and Transgender; adult population is peak period for transmission of HIV on adoption of unsafe habits. According to NCASC, 2015 total of 22,267 people have been identified as PLHIVs wherein 13,524 are male and 8743 are female.

Statistics show that adult population are in high risk than other age group population therefore initiatives to prevent such risk have always been of prior importance. Though, epidemic transmission has been stabilized but certain risk group are vulnerable and HIV transmission through heterosexual conception is dominant.

Primordial prevention through massive awareness to youths and adolescents through sensitization program to adolescents at educational institutions and youth clubs. Sensitization program would include pre-test and post-test where the knowledge of participants prior to the sensitization will be assessed and post class will be analysed as well to evaluate outcome of the class as well as understanding level of students. The education session will include general overview of HIV/STI, preventive approaches and information on treatment/care and support services provided by community based organizations to People living with HIV (PLHIV). Extra-curricular activities will be organized as well such as art, essay and debate competition on HIV issues to create stigma free, supportive environment for PLHIVs.